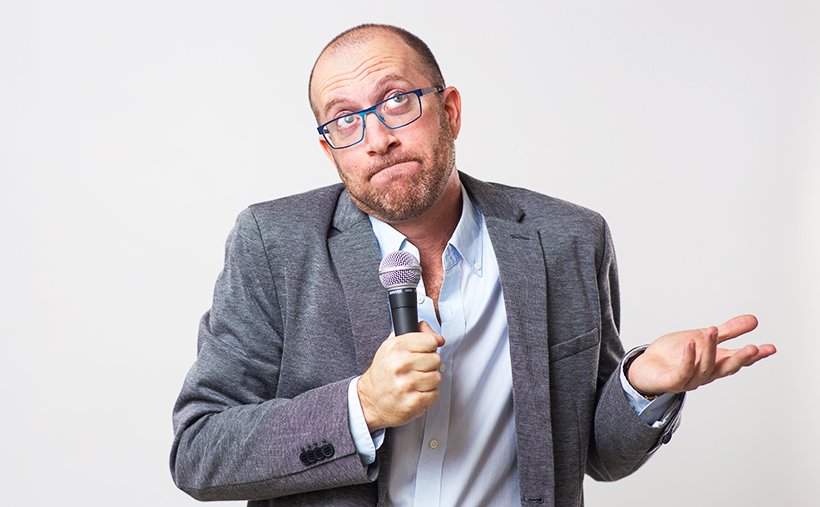 Benji finds life in Israel funny. He did stand-up as a hobby in the US but started getting serious about making people laugh when he made Aliyah, 11 years ago. “I wrote a blog about the things Americans find funny when they begin living here. Jokes about the service, about Israeli chutzpah, about the typos you see when Israelis write English”.

When his blog started getting talked about, Benji felt “like a band hearing their song on the radio for the first time”. He was hooked. “To be an American telling jokes in English about Israel, there was no field like this. But Israel is the Start-Up country even when it comes to comedy”. He does three tours to Jewish organizations and audiences in the US each year. At Jewish festivals, from Poland to New Zealand, audiences love to laugh about Israel. He has just started doing his act in Hebrew. He also enjoys doing shows for groups visiting Israel. “They get the religion, the politics, the history when they’re here but they’re also looking to understand the people and the culture. Comedy can do that”.

What Benji finds funny about Israel has changed. “New immigrants dream that the place will be perfect and when it’s not, they complain. I was walking home from the market with a friend when she dropped a carton of eggs. She yelled: ‘Screw this country’. I said, ‘I’m pretty sure they have gravity in America too’. I also realize now how funny Israelis find Americans and their manners. Like how we start emails with ‘I hope this email finds you well’. In a million years would an Israeli write that? ‘Dear Shmullik, you owe me 45,000 shekels. I hope this email finds you well… because you owe me 45,000 shekels'”.

As many newcomers to Israel can testify, stumbling around in Hebrew is often pure comedy. “I thought that after 11 years my Hebrew would be better”, Benji says, “but then I realized I’d spent nine of those standing in line at the post office. You have to have lived in Israel a while to get that joke. But just the other day, someone was saying that Jibril Rajoub, the Palestinian politician, spoke fluent Hebrew because he’d spent 14 years in an Israeli prison. We started kidding around that we’d spend 14 years in Israeli prison to be fluent in Hebrew. Then I started thinking, how much time would you have to serve if you only wanted a little conversational Hebrew? Would shoplifting do?”

Benji’s journey to Israel started when he was about nine years old, at a Young Judaea pool party in Dallas, Texas. After that, it was summer camps, a gap year in Israel and Hillel. “I was super into Jewish life but I didn’t think about moving to Israel. Then, after, graduating in the dot-com era, I started doing tech jobs. I wanted something more meaningful, something Israel. I found that working for the Israeli consulate in Atlanta. Then I began working for Young Judaea bringing kids to Israel”. He was on his way.

Benji sees his comedy as part of his commitment to Jewish education. “It’s a great way to open conversations about Israel and to bridge the differences between Israelis and Jews around the world”. His humor is cathartic. “The old saying is that comedy is tragedy plus time. It sounds terrible but throughout the Gaza war in 2014, I wrote like ten new jokes a day. When I toured with this material, people loved it. We laugh about serious things, to stop from crying”.

So, what will Benji be doing this Fourth of July? “I could joke that I’ll be keeping two days as per tradition or that I’ll be having an Israeli version of the holiday, wondering who was the better American: Vashington on Lincolin? Or that July Fourth was the British Nakba. But to be honest, Israel’s Independence Day is now more my thing”. 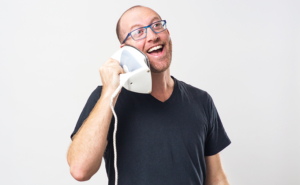 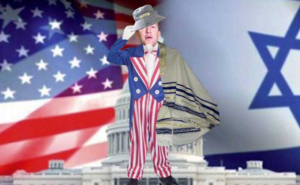