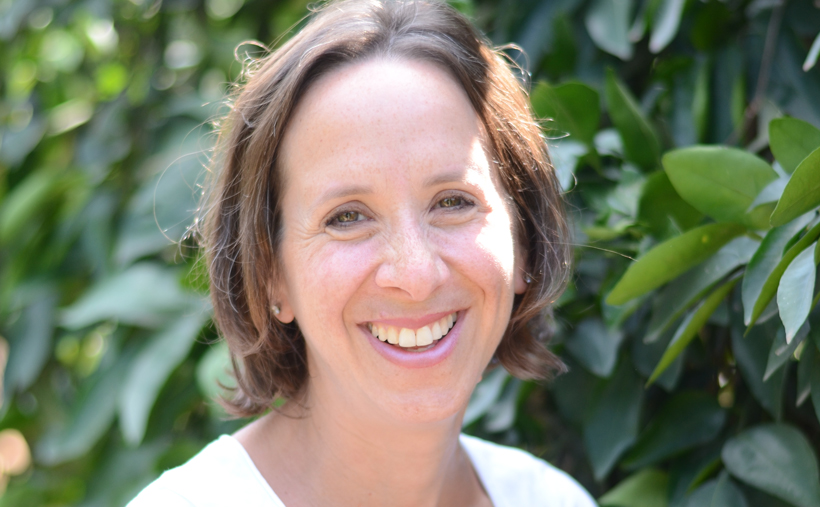 A time to glean, a time to give

Deena and Leket Israel are in the rescue business. They save mountains of surplus fruits and vegetables from fields and countless cooked meals that would otherwise be thrown out by hotels, army bases, and event centers. Rather than rotting or ending in the dumpster, this food nourishes 175,000 needy Israelis every week.

This epic act of food redistribution began with an American and his “famous blue Subaru”. In 2003, new immigrant Joseph Gitler started zipping around central Israel collecting and distributing food. Deena made aliyah from New York around this time and was one of the first volunteers in what became Leket Israel. Leket refers to the biblical law allowing the poor to glean or gather fallen grain in the fields.

“It was inspiring to be doing something to help the country,” says Deena. “Food rescue was unheard of in Israel at the time but it was something close to my heart. As the child of Holocaust survivors, I grew up understanding the preciousness of food.”

Deena is now Leket Israel’s Director of PR and Resource Development as the organization has grown in response to Israel’s poverty rates and increasing income inequality. “About a quarter of the population suffer from food insecurity in various degrees. Perhaps the biggest change we’re seeing is the rise of working families in need. Mothers, after a day of work, are collecting food from soup kitchens to heat up at home to feed the kids. That’s why we provide only healthy food and are strengthening our educational nutrition programs. When money is short, healthy food is often the first thing people cut down on.”

Connecting Israel’s surplus food with those who need it is a beautifully simple idea but a devilishly complex process. “We’ve turned into the FedEx of food distribution,” she says. “We work with 600 farms on a regular basis. The market changes, an order is canceled, and suddenly they have unneeded, unpicked fruits and vegetables. Our network of refrigerated trucks race around collecting cooked meals. The turnaround is fast. Less than 24 hours after collection, the cooked foods are with our 200 partner networks and are being eaten in impoverished homes, at shelters for battered women and the homeless, at schools for kids-at-risk, and at hostels for the elderly. Leftover lunch from an army base will, the same day, be served at a soup kitchen.”

Volunteers are at the heart of this giving and getting. “It’s active, meaningful and fun. There’s also an educational aspect. We had 47,000 volunteers last year. Around half are visitors to Israel. Many have never been in a field before, and here they are, spending an hour or two gathering fruit and vegetables and learning how food gets on our shelves and our plates. Everyone, from families to large missions, gets involved. Volunteers also sort food in our logistics center for delivery. They’re all helping people in an immediate, personal way. They know who will be receiving the food that they have picked and sorted with their own hands.”

So Deena and Leket Israel will be both happy and hard at work on Tu Bi’Shvat, the Jewish New Year of Trees, coming up this week. There’s no better way to celebrate what the land, with a little help from its friends, can provide for us all. 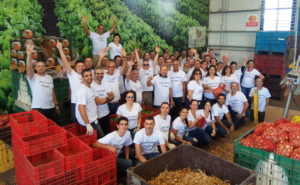 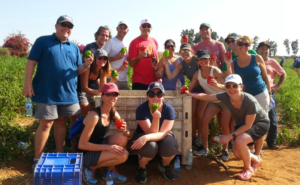