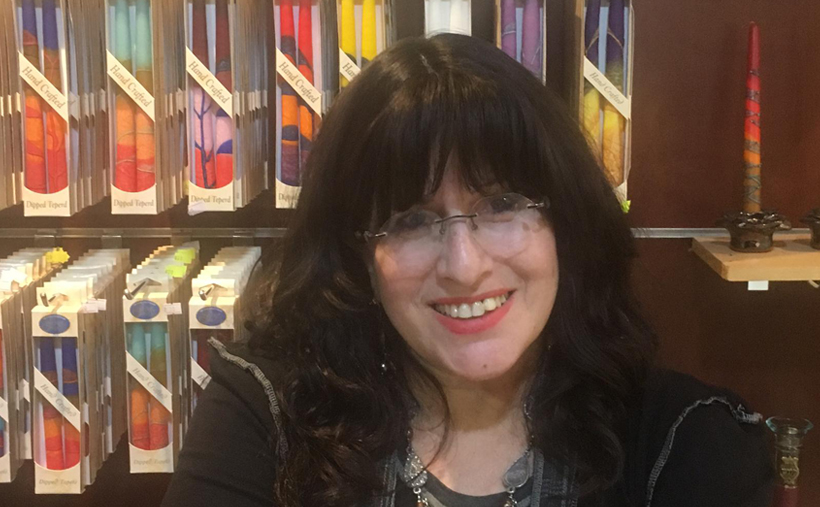 Where the light is always on

What’s the biggest miracle we celebrate on Hanukkah? An ancient Jewish victory over our oppressors? Regaining control over the Temple? That a small cruse of oil somehow kept the Temple Menorah alight for eight days, giving the Maccabees enough time to find more oil and to keep its Eternal Flame eternally burning?

Devorah thinks all those miracles were pretty important but she also sees the miraculous in the everyday. “I thank God constantly, not just on Hanukkah, for the miracle of living in Israel. I thank Him for my husband, he’s a miracle. I’m a spiritual person but I’m also into clothing and jewelry so I’m grateful for all the beauty that surrounds me. There are miracles in every generation and in all our lives.”

Spending Hanukkah in the Israeli city of Tsfat strikes Devorah as particularly miraculous.  You never know what you might discover in this ancient town of mystics and mysticism, including at the Safed Candle Factory and Shop. “We make and sell Jewish ritual candles and wax Judaica. There is real artistry and joy here. I show our visitors from around the world how the candles are made and teach them about the mystical significance of the different candles.” But in 2008, the candle factory suddenly burned down. While rebuilding the factory, builders were amazed to discover that it possessed secret rooms buried since the earthquakes that leveled Tsfat in 1759 and 1837.

Devorah loves “everything” about Tsfat including its air. Actually, especially its air. Tsfat is Israel’s highest city and its pure mountain air, like so much here, is believed to have cosmic significance. “Tsfat is one of the Land of Israel’s four holy cities along with Jerusalem, Tiberias and Hebron,” explains Devorah. “The Kabbalah links each of the holy cities to an element of creation. In Tsfat, it’s the air. Air allows other, contradictory things to work together in harmony. Maybe that is why there is such harmony and simplicity in Tsfat. There are different types of people here: Hassidic and non-Hassidic, Israeli-born and newcomers, visitors from every place and background, but people aren’t looking at the differences or searching for divisions. They look at each other like equals.”

Tsfat has been a magnet for the mystical since at least the sixteenth century, when Rabbi Isaac Luria (the Holy Ari), Rabbi Joseph Caro and others came here following the expulsion of Jews from Spain. This was where the Lecha Dodi hymn and the Kabbalat Shabbat service celebrating the beginning of Shabbat originated. More recently, Tsfat has developed Into a center of Jewish-flavored art. “It’s a place where people are looking for what is deep” says Devorah. “The city doesn’t revolve around career and money.”

Even as a young girl growing up in New Jersey, Devorah knew that she would one day make aliyah to Israel. “My father, a Holocaust survivor, saw Israel as the home of the Jewish people.” It took her a little longer to realize Tsfat was the town for her. “I became part of the Chabad movement at age 25 and moved to the Chabad area of Crown Heights, New York. That’s where I met my husband.”  When they and their five children came to Israel, Tsfat with its vibrant Hassidic community became home.

Along the way, Devorah has moved from math to wigs to wax. “We all have more than one facet or gift. God chooses which avenue we should follow right now. I did a masters in math and numbers are my artistic avenue. But when I moved to Crown Heights, I became a hairstylist and wigmaker for married religious women. And when I came to Tsfat, I discovered the candle shop.”

You can be sure there will be plenty of light in Devorah’s home this Hanukkah. We wish you too a Hanukkah of miracles and happiness. 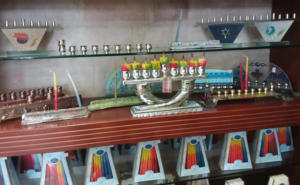 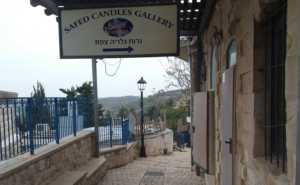