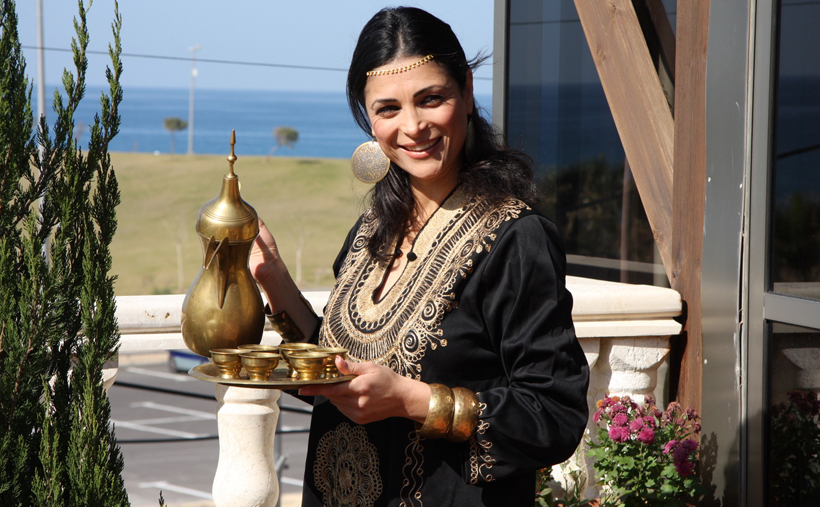 Coffee for a Change

For Doris Hiffawi, coffee is more than just a drink. It’s a code and part of the journey she’s taken to independence and empowerment. Through her company Jaffa Stories and Coffee, Doris welcomes visitors and groups into her home. They drink her family’s own brand of coffee, eat baklava, and hear about the changing lives of Christian Arab women in in Jaffa today.

One of the things Doris talks about is the crucial role that coffee plays in her community. One example is the marriage process which traditionally begins when the mother of a prospective groom visits the mother of the prospective bride. The two women will talk and if the bride’s mother feels positive about the union, she’ll serve coffee. “She’ll put it on the table, not in her guest’s hand,” says Doris. “Then, if the mother of the groom thinks the family looks suitable to marry into, she will drink the coffee. But if she does not drink, it’s clear the marriage isn’t going to happen.”

In Jaffa, coffee also does the talking when you pay your respects to the family of someone who has passed away. “If the person who died was old, had married and seen their children have children, the coffee will be served with sugar as a symbol of the sweetness, the fullness of their life. But if someone died young, without children, without achieving, bitter coffee is served. And what do you do if your ‘enemy’ visits your home? Of course, you must show respect and serve coffee. But you fill their cup to the brim, to signal to them they should drink their coffee and leave! If I like someone, I serve them only a half-full cup, so that they will stay and talk, with me refilling all the time.”

While the traditions about coffee remain strong, Doris has seen her own life and the role of women in Jaffa change. “My marriage was 100 per cent arranged. My mother-in-law chose me for her son. I was 15 years and 10 months. I’d been in an Arab beauty competition so many families would come see my mom and ask for my hand in marriage. I knew nothing about it. Then my mother-in-law came. She was from one of our community’s most successful families. They had their own coffee company, Anton’s Coffee, which we still own today. She told my mom that I would live in a nice house with no mortgage and have a car. My parents were at first unsure because my elder sister was not yet married but they soon accepted. They then asked me to think about it. I understood that we daughters were the product. With good marketing, we could have a nice house. And I thought this sounded like a good business deal. I insisted on one benefit. I was young and was not allowed to dress up or go out. All five of us children would be in bed, in the same room, every night at 7.30 pm. I said I want to be engaged first so that I can wear high heels and makeup and go with my fiancée to the café and cinema every Sunday.” 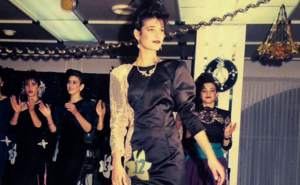 Two years later, Doris was married. “Now I have everything, thank God, including three children and my husband, who is very proud of me. But at first, inside I felt sad. I had the marriage every mother dreams about for her daughter but I had gone from my mother’s control to my mother-in-law’s control. She would count the days since my last period. I will never forget the day I was watching television and they were talking about women working. I saw something in myself. I said to the TV ‘wait for me. Right now, I need to raise my children, but I will work. And not in an office. People will hear about me.’”

By 2008, both Doris and Jaffa were changing. “I thought I’m 38 now, not 15 and 10 months. I can’t be controlled anymore. And many people, visitors, were coming to Jaffa. When I was growing up, our neighborhoods were dangerous and dirty. I lived 100 meters from the sea but could not see it because of a huge garbage dump. Now, the garbage was gone, replaced by a beautiful park. A tour guide knew about our coffee and asked me to bring people into my home to share stories about life in Jaffa. I was shy but she said, “Doris you can do it.” She was right and I’ve done it in a big way. I’ve been running Jaffa Stories and Coffee for 11 years and its grown. I talk to many groups from the US. Sarah Jessica Parker from Sex and the City visited me as did US Secretary of Defense Ash Carter. People like to hear about our lives, about how Muslims, Christians, and Jews live in Jaffa and how they get along.”

The role and expectations of woman in Doris’s community has also altered over this time. “I’m very happy because I’m independent and can see that other women in Jaffa are also being empowered. My friends and I are different from our mothers. We have smaller families.” Doris’s daughter is just now engaged at age 24, far later than was the norm even for her mother’s generation. “Now, we push our girls towards education, a career, to travel the world. Our girls understand that life has changed.” 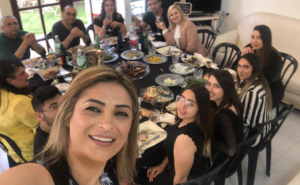 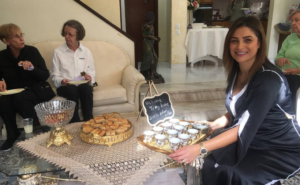