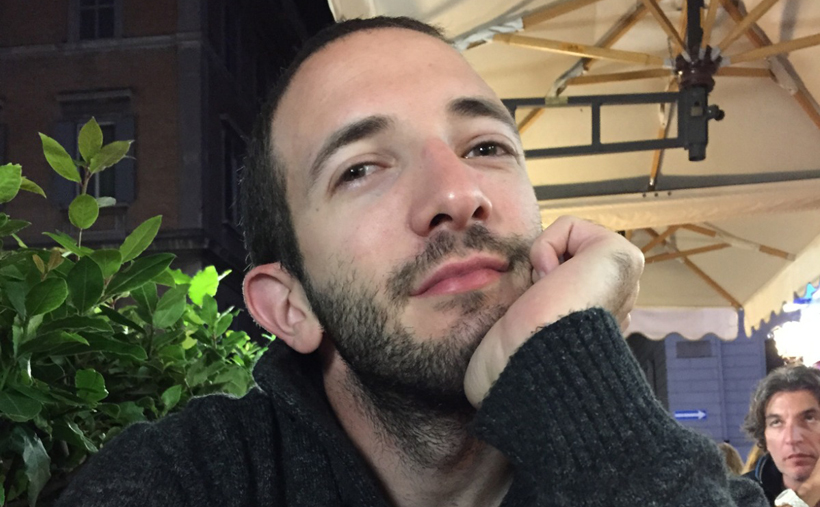 Elad is one thankful guy. He’s just 31 but he seems to have cracked the formula on how to get Gen Y excited about volunteering. The key, he explains, is making sure that doing good feels good. “Young people will give but in turn they expect to get something back. They’re looking for friends and connections as well as meaning.”

Elad is the founder and CEO of OneDay Social Volunteering, a volunteering process where everyone benefits. “Our volunteers do many different projects around Israel from painting homes of Holocaust survivors to planting community gardens. Each project is designed so that volunteers can contribute while bonding with each other and with the people they’re helping. After the work, there’s a picnic or social event of some sort. It’s a great, natural way to make or deepen connections. For us, the social part is just as important as the volunteering.”

Flexibility is crucial to Tikkun Olam in the 21st century. “What’s the word people like me, professionals aged 20 to 40, most dread?” he asks. “It’s ‘commitment’. Young people are busy, especially in Israel, but many organizations require volunteers to commit for sustained periods. They’re sometimes treated as cheap labor. The result is that Israel has the lowest volunteering rates in the OECD except for Mexico.”

Elad and OneDay Social Volunteering is looking to turn that stat around, bringing thousands of young Israelis and people visiting Israel into the giving game. “We respect the volunteer and their time. We complete each of our projects, to a really professional level, in a few hours. Sure, you can’t repair the world in one day but you can repair someone’s world. And you can light a spark among the volunteers.”

It was during his student days that Elad learned what makes young people want to get out and give. “Ben Gurion University in Be’er Sheva is known for its student life. I was looking to meet people and for an alternative way to hang out with my friends apart from the cafes, restaurants and bars we’d usually go to. One Friday morning, just before a holiday, twenty of us got together to pack food for the poor. It was fun so we arranged to meet again in a month’s time and do something for animal rights. Forty people showed up that time. With each project, more and more people kept coming.”

OneDay Social Volunteering has now had 20,000 volunteers doing projects all over Israel. “We’re proud that we’re contributing to the greater good but also about the friendships, couples and communities that are being created along the way. Sometimes the connections we build are unexpected. I’m a secular guy but I still have an ultra-Orthodox friend I met years ago while volunteering. We’re bringing American missions and groups together with Israelis to volunteer. Its good for both sides and the Israelis get to understand more about American Jewish life and what it means, say, to be a Reform Jew. We’re doing projects in Arab areas where Arab volunteers can contribute to their own communities while getting together with Israeli Jews and sharing something positive.”

All this means that Elad is a big Israeli fan of Thanksgiving. “I first got to know Thanksgiving while visiting my sister in New York and I love it. We’re usually in such a rush. But it’s great to take some time to breathe, to be thankful for what we can give and for who we are.” 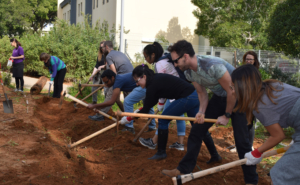 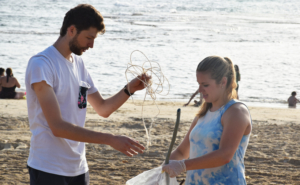