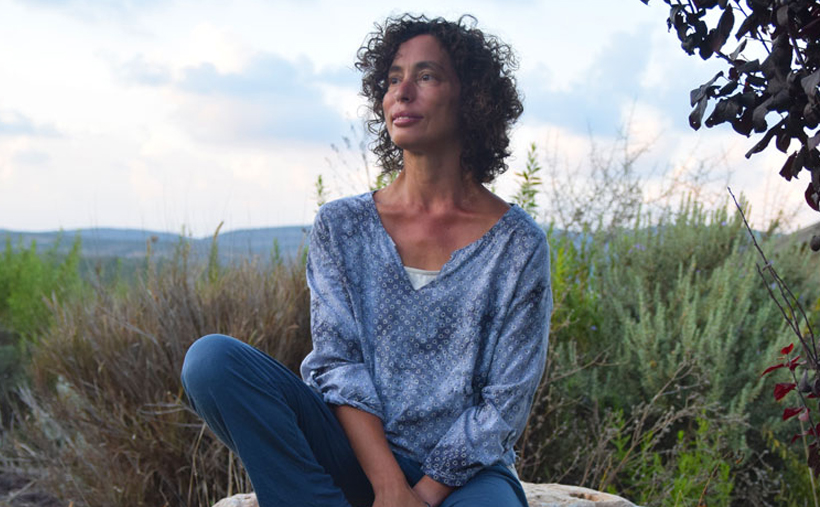 We are just hours away from the holiest day in the Jewish calendar, Yom Kippur. The mikveh (ritual immersion pool) is traditionally used by Jewish married women to immerse after the completion of a menstrual cycle, while many Jews choose to immerse as a way of spiritually cleansing themselves before Yom Kippur.

In the picturesque Kibbutz Hannaton, halfway been Tiberias and Haifa, lies Israel’s only non-gendered progressive mikveh that is open 24/7 for all people, regardless of their religious affiliation or persuasion. Rabbi Dr. Haviva Ner-David, a writer, rabbi, and mother of seven, runs this mikveh.

When you hear Haviva describe her upbringing, it is difficult to imagine how she made the leap from being raised in a Modern Orthodox Jewish home in a suburb of New York to running a progressive mikveh in a Kibbutz in northern Israel.

“I attended an Orthodox Jewish day school in Manhattan and was always interested in studying Talmud and had a spiritual bent,” Haviva explains. “But as a girl raised in a Jewish environment, it became clear to me that even though I was taught to believe that girls could be whatever they wanted to be, the line was clearly drawn at women becoming rabbis.”

As Haviva neared her teens, her feelings of frustration at not being able to express herself spiritually gave way to anger, and as a teenager she experienced a religious rebellion. How could she be part of a religion that actively excluded her?

Fast-forward a few years, and it was at Columbia college that Haviva met her now-partner Jacob. After the couple got married, they moved to Washington D.C., where alongside her studies, she got a part-time job running the mikveh in the Conservative synagogue, Adas Israel.

“I really connected to the intensely spiritual experience that accompanies the mikveh and being present with people during this intimate ritual. For the first time, I felt empowered as a Jewish woman. I saw the mikveh not only as an opportunity for traditional ritual immersion but also more innovative ceremonies. In my own way, I returned to religion. As an Orthodox feminist, I put on tefillin, tallit, and read from the Torah.”

The couple decided to make Aliyah (emigrate) to Israel with their growing family. While living in Jerusalem, Haviva met Rabbi Aryeh Strikovsky, an Orthodox rabbi who agreed to give her semicha (rabbinic ordination) if she studied alongside him. That is exactly what she did for ten years while getting her doctorate (writing her dissertation on mikveh) from Bar Ilan University.

“All along, I had this dream of founding a mikveh in Israel that would be open to anyone who wanted to use it. By the time I was ordained under Rabbi Strikovsky, I realized that I had undergone a transformation and no longer considered myself Orthodox,” she reflects. Instead, she chose the title, post-denominational rabbi. She was not interested in playing by the rules of the system or identifying with one religious movement. She wanted to speak her own mind and practice as she wished without feeling she was representing any one particular group.

Haviva and Jacob, who both love nature, decided to leave Jerusalem with their (then) six children (one newly adopted) and begin a new life at Kibbutz Hannaton in the Lower Galilee, where only five families lived. It was a wonderful opportunity for the two to be part of creating something meaningful and reviving the Kibbutz, which now has around 100 member families. Their youngest child was born two years later.

“What really drew me to Hannaton was the mikveh there that was only being used by the Conservative movement for conversions. I had a very clear vision of how I wanted the mikveh to be accessible to everyone – rather than being monopolized by the Orthodox Rabbinate or limited to Conservative conversions – and be a place of innovation and experiential education.”

Haviva raised some money to do small renovations on the mikveh, got the word out that it is accessible to all to use as they wished, and slowly but surely, the mikveh took on new life, serving a steady flow of individuals, couples, and groups from across Israel and around the world. As a certified spiritual counselor, Haviva helps people create their own meaningful mikveh experience in whatever form that takes.

“Just yesterday, I had a group of 30 people here to accompany a bride and groom immersing before marriage,” Haviva shares. “And I met with a woman to create a ceremony to mark the final phase of her life with an immersion ritual for her 77th birthday. We have a full range of ages – from preschool kids to pre-army to midlife to seniors. We also have different religions, including priests who want to learn about the mikveh near the Sea of Galilee, Jewish and interfaith groups who want to experience the mikveh in Israel. Some immerse while others come to look, talk about the mikveh, and participate in customized workshops. They get to experience something spiritually off the beaten path in Israel.” 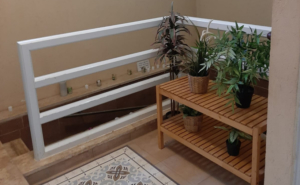 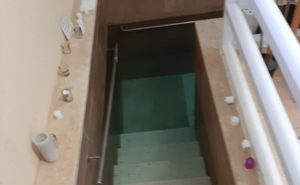