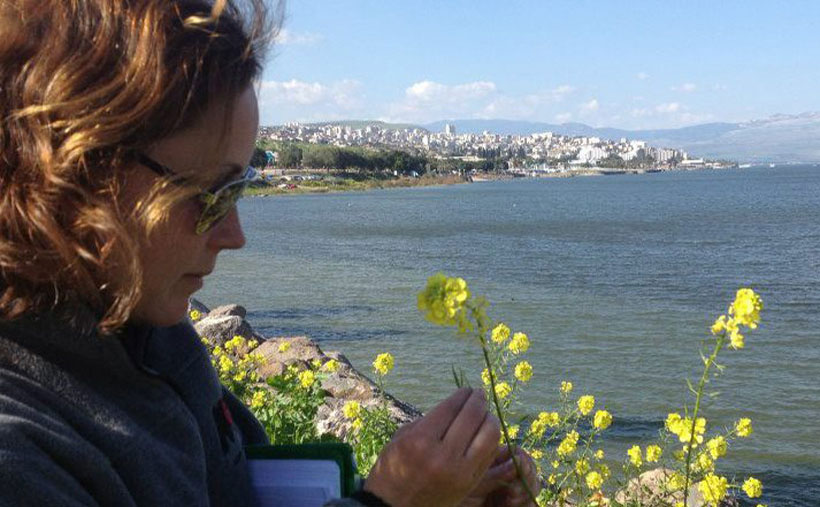 Different – and not in a good way.


As a child, I always felt a bit set apart by my Judaism – but not in a good way. I grew up in the Pennsylvania suburbs of Philadelphia firmly rooted in the Conservative movement. My Jewish identity and connection to Israel were largely molded and shaped by the influence of my mother whose parents were founders of the Conservative synagogue in Center City, Philadelphia. At home, we were part of a rich and thriving Jewish community, and Judaism was important to us, but in my larger world I always felt like the minority. I attended non-Jewish schools all my life and was always disappointed when I would be pulled out early from a soccer game, or had to leave a sleepover party early, in order to go to Sunday school.

At age 12 all that changed when I attended Camp Ramah for the first time. At camp I found an environment where I was entirely immersed in “living Jewish,” where I didn’t need to compartmentalize my Judaism as just one aspect of my life. I attended summer camp at Ramah from age 12 until 17, the summer before my final year of high school, when I travelled to Israel for a six-week program organized by Ramah.

After spending a summer in Israel at age 17, I felt a strong connection to the country and land and subsequently figured out a way to return once a year for the following five years. I found in Israel what I had experienced during those summers at camp: I felt part of a majority. I didn’t have to compromise on any aspect of my life to feel comfortable in my Jewishness.

Though I had thought seriously about making Aliyah in my late teens and early 20s, I decided ultimately not to make the move. As much as I was drawn to Israel, since childhood, the Zionist ideology that I had been steeped in ironically kept me from it. I didn’t want to commit to making Aliyah unless I was 100% certain it would be a forever decision and that I would be successful.

Before I knew it, I was 28 years old and seven years had passed since I was last in Israel. I returned to Israel in the summer of 2005 as part of a Jewish federation young leadership program. The minute I stepped foot back in the country, I knew my life was about to turn upside down. Upon my return to Philadelphia I decided to quit my full-time job as a graphic designer and became a freelancer. It was empowering to realize that I could earn a living without being tied down and I could work from anywhere in the world. That new reality brought me back to Israel, where I studied at the Pardes Institute for Jewish Studies. My experience at Pardes filled in many holes in my Jewish literacy, sparked an interest in Jewish education, and solidified the idea (which I have since embraced as a philosophy) that learning is a life-long pursuit.

The more time I spent in Israel, the more I saw and understood the nuances. I began to think differently about Aliyah. Perhaps it didn’t have to be a forever decision; maybe I could make the move without guarantees of what the future would hold. During this time, I volunteered with Birthright groups. On my third trip with Birthright, the tour guide was a woman around my age whom I related to very much. Up until that point, my association with Israeli tour guides was that they were tough combat soldiers. While touring with her, it suddenly clicked that this is a job that I could do! I realized that as someone who grew up in the US, I can’t stand on the Golan Heights and regale tourists with stories of my past as a combat soldier but what I can offer is the ability to bridge the gap between the Jewish American and Israeli worlds. I can share with people who travel with me how rich and fulfilling it can be to live in a place where your identity and the larger society are in sync. I started to work with other Jewish educational companies; today it makes up over 90% of what I do.

I really love working with families and seeing how kids of different ages relate to what I am guiding. A lot of times I am asked by people if their kids are too young for a trip to Israel. I am a firm believer that there is no such thing as being too young. Children can, and do, connect to the experiences at their own level. Building a Jewish identity and a relationship with Israel can begin from a very early age. Each subsequent trip to Israel is an opportunity to build another layer on that foundation.

One example that comes to mind that illustrates this point is when I had the occasion to guide a group of families on Mount Herzl, the burial place of Theodor Herzl and other great Jewish leaders. It was one of the most rewarding experiences of my career – finding the kids where they were at and connecting them to the places we visit. Before the visit, someone expressed an opinion that the kids (many as young as four and five years old) were too young to visit Mount Herzl. I countered that I believed there was a way to make the visit a meaningful educational experience for kids even as young as four. When we visited Mount Herzl, I asked the kids if they ever had a dream. The younger kids (as expected) talked about the dreams they have while sleeping, but a precocious seven-year-old talked about his dream of accomplishing something, dreams that are visions and hopes. I was able to find the connection point of Herzl’s “If you will it, it is no dream” and make it relatable to the children. As a tour guide, you can memorize every detail of each person buried at Mount Herzl, and give an in-depth account, but at the end of the day, what is most important is making the content relevant and meaningful to the people you are with, regardless of age.

Hillary Menkowitz will be leading “Moments and Memories,” a ten-day trip for families this June 2020. Find out more information here. 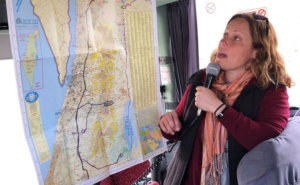 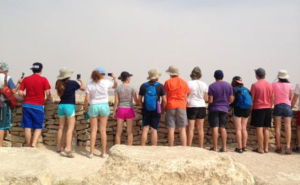