It’s not about you

This Monday, February 10, we will be celebrating Tu Bishvat, a new year for trees.

There is a beautiful story from the Babylonian Talmud about the renowned sage Honi Hama’agel. He was walking along when he saw an elderly Jew planting a carob tree. “How many years will it be until this year bears fruit?” Honi asked. “Seventy years,” responded the man. “Are you certain that you will live for another seventy years and will be able to enjoy the fruit?” Honi questioned. The man said, “I found the world full of carob trees, and just as my fathers planted for me, I will plant for my children and grandchildren.”

On Tu Bishvat, we focus on nature and the importance of investing in the future. In contemporary Israel, the day is celebrated as an ecological-awareness day, and trees are planted in celebration. In our Da’at offices, we have started the long and rewarding journey of becoming green, and are making efforts to educate, empower, and work together to make a positive impact on the lives of our colleagues and the environment. 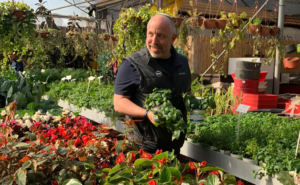 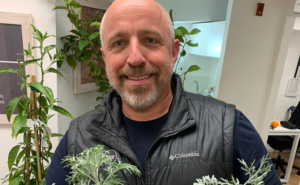 As well as the tradition of planting physical trees on Tu Bishvat, we also consider how we can plant the seeds of Jewish values for the next generation. Hillel Meyer, content developer and expert educator for Da’at, shares that by living and raising his children in Israel, he is investing in the future.

Seeds: past, present, and future
Hillel was just two years old when his parents decided to leave Canada and plant their roots in Israel, just as his maternal grandparents had done before them in the 196os. His paternal grandparents remained in the US, but he maintained a close relationship with them as well. “I grew up absorbing and listening to the stories, knowledge, and values of my grandparents, and in turn, those of my parents. It seemed destined that our entire family would settle in Israel.“

But you never know where life is going to take you – and following his army service and studies in Jewish history at Hebrew University, he got the travel bug, like so many Israelis, and decided to grab an opportunity to move to the other side of the world to San Francisco to work in high-tech as an animation producer and web developer.

“There was no denying my success or quality of life in San Francisco. I was doing very well,” Hillel explained. “But there was something missing. I didn’t feel fulfilled. Ultimately, I love connecting with people. The human connection is what gives me energy and purpose.”

Hillel chose to immerse himself in the world of Jewish education, and for eight years he worked as an educator at a Jewish community day school in Columbus, Ohio. When he reached the stage where he was ready to have children, he realized that it was time for him to return to Israel.

“After the seeds my ancestors had planted, culminating in my grandparents settling in Israel just twenty years after the State was established, I wanted to raise my children in their Jewish ancestral homeland, where Hebrew would be their mother tongue, and where they could be as close to their grandparents as I was to mine.”

Returning to Israel was the right decision for Hillel, who fulfilled his dream of becoming a father. His two Sabra sons, Yair, 11, and Nadav, 8, whose mother’s ancestors are from Iraq, are totally immersed in Israeli culture.

“For me, it is simple. Just as my grandparents planted trees for me, so am I planting trees for my descendants.”

Wishing you all a fruitful and mindful Tu Bishvat, however you celebrate.

Hillel Meyer will be leading the following trips in 2020: 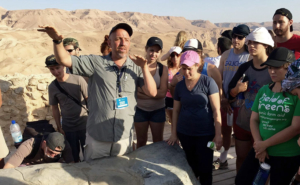 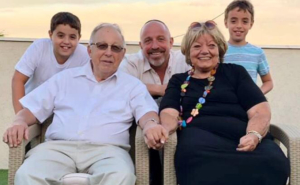