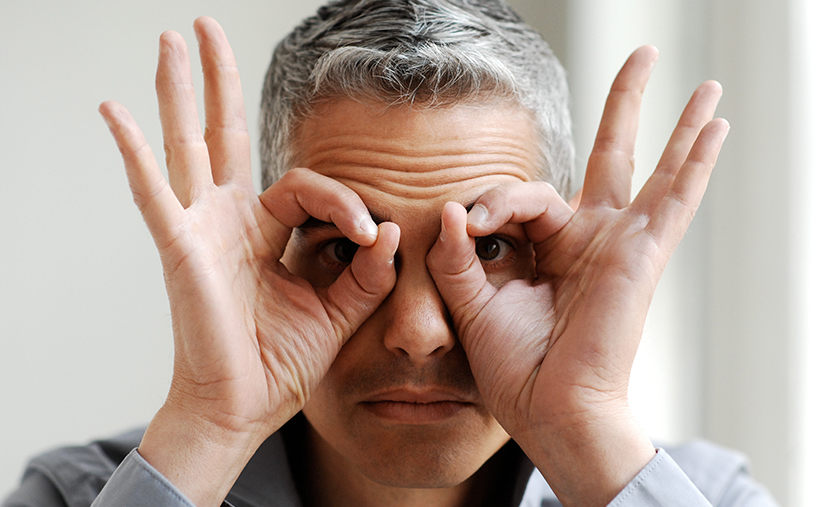 The Land of Milk and Funny

Even a pro comedian like Joel thinks Purim is pretty damned funny. “I don’t know another holiday, another religion, so dedicated to humor. On Purim, we snack on Oznei Haman (Haman’s ears). It’s the only holiday when we get to eat the body parts of the bad guy. Maybe we should eat Pharoah’s fingers on Passover.”

Joel has always seen a connection between being Jewish and being funny. “I started off in third grade, making the kids at my Solomon Schechter school laugh. It’s my way of fitting in. In high school and college, I learned that writing a joke is different from goofing around. It’s about eliciting emotions, using minimal words to get maximal laughs.”

But when this “skinny kid from Chicago” enlisted in the Israel army and found himself fighting in south Lebanon, life got both serious and funny. He first became interested in joining the IDF as a teenager. “During the Gulf War, I and my Conservative synagogue would pray for Israel but I felt guilty that Israelis were left to carry the military burden alone. Plus, Israeli soldiers seemed cool, man. They had berets, uniforms, and rifles while I was wearing sunscreen and a fanny pack.”

He finally joined up after graduating from college but found life in the IDF tank corps different than what he had imagined. “I was a 24-year old American serving alongside 18-year old Israelis. They didn’t like following orders and hated authority. Somehow the Israeli army works but it was a shock. I realized that as much as I wanted to be Israeli, I’m American first in terms of my personality. When I received my dog tags, they had misspelled my name. I told the teenager making the dog tags that my name was misspelled. ‘So don’t die,’ he said.”

Joel found his place in the unit he calls the “188th Crybaby Brigade” through humor. “After three weeks, I was telling jokes in Hebrew and making the other guys laugh. Humor is a big part of the Israeli army. After basic training, after tank school, there would be skit nights. Commanders would make fun of their soldiers and soldiers would make fun of their commanders. Israel’s humor is great. It’s dark, honest and biting. People don’t get offended the way they do in America.”

After the army, Joel returned to America and his comedy career, although Israel remained in his heart and his humor. He wrote a book about his military experiences. And in 2016, he, his wife and their four children moved to Israel. Joel does shows in both countries and around the world. “The first rule in comedy is to write about what you know. I talk with groups about army life and about my experiences of being Jewish outside Israel. I joke about trying to explain to non-Jews what Sukkot is. ‘Well, summer is over so I’m building a booth so that I can live for a week in my backyard in the cold and rain.’”

He also does educational shows where he tells 30 classic Jewish jokes in 60 minutes and asks what the jokes reveal about ourselves and our history. “Jewish humor is about laughing through the tears but it’s also about asking questions. Questioning is big in Judaism. The Talmud is basically one question after another. That’s also what comedians do. They’re the people that sit on the side asking questions.”

This Purim, why not follow Joel’s lead and let out your inner Groucho Marx or Sarah Silverman? “I do a lot of shows on Purim but I also love seeing community Purim Spiels. It’s great when people who are funny get up and express themselves in a way that they can’t in the office.” Have a happy and hilarious Purim. 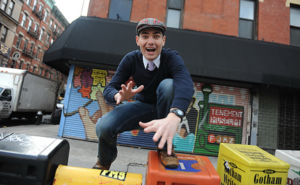 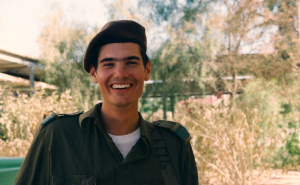