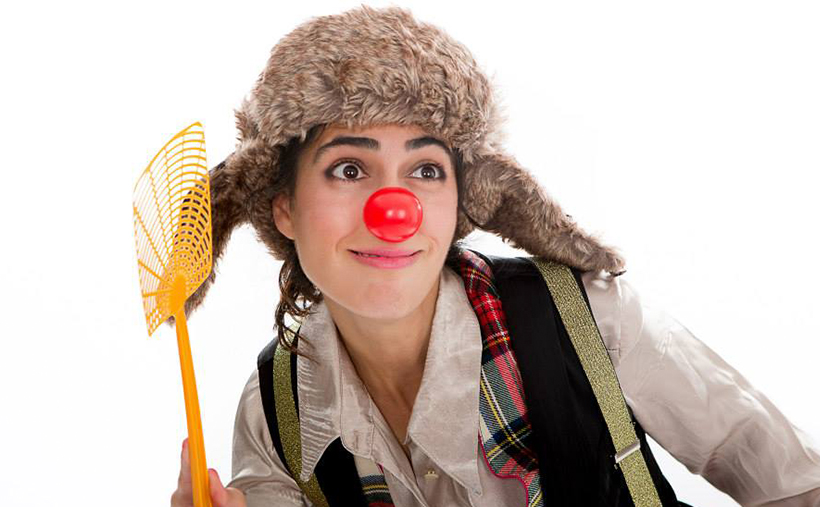 When Keren puts on her red nose and clown’s suit, she not just looking to make people laugh. She’s also getting ready to heal. Keren is a medical clown. She and other dream doctors, as they are known in Israel, accompany children into surgery, stay with them during their procedures, and help them rehabilitate and move forward in their lives.

“Medical clowns can help someone overcome sadness or pain and move them on to another feeling, another stage,” explains Keren.  “We play many different roles. I was recently with a badly-injured boy who was refusing to do his physiotherapy. But I came in my football clown outfit and he loves football. We made a game of his treatment. As he walked, I was his cheerleader. I added music, I told him he was great. I took every hard step with him.”

We might associate clowns with loud laughter but Keren believes that the key to being a dream doctor is listening. “I need to be very sensitive to the child, to their parents, and to the doctors and nurses, to really hear what they are saying. I never force laughter or impose my presence. Instead, I try to understand each child, who they are and what they need right now. Do they need space, to be calm, or are they looking to come outside of themselves? Hospitalized kids often want someone to talk to and to complain to. I always adapt to the child and the situation. I might do songs, dances, accents. I love to do characters that express and validate what a child is feeling. That’s the paradox. A good medical clown appears to be naïve and silly but there’s a responsibility, a need for sensitivity, that we take very seriously.”

Becoming a medical clown requires much more than a ukulele and the ability to do a magic trick. Israeli medical clowns, who are usually experienced actors and performers, are extensively trained by the organization Dream Doctors. Medical clowning as a paramedical profession began in the US but has taken root in Israel. Indeed, Israel is one of the few countries where medical clowns are a fully integrated part of the hospital system. Dream Doctors is involved in extensive evidence-based research which is showing that laughter and medical clowning is often the best medicine. Israeli dream doctors are involved in humanitarian programs and in training local medical clowns around the world. A dream doctor is currently in Pittsburg working with those traumatized by the attack on the Tree of Life synagogue. Even the IDF likes clowns and Keren does reserve duty with the army’s renowned field hospital program that prepares for major military and other crises.

Keren, like other medical clowns, does not work only with children and their parents. She loves her time in maternity wards and with the elderly. It’s all part of her belief that clowning can create connections. “I have a background in theater but I worked in high-tech for many years. After some personal disruptions, I decided it was time to return to what I really love, which is to bring people together by letting them laugh. I went to acting school and started writing and performing my own shows. I also teach people how to overcome their fear of public speaking. I got the idea of becoming a medical clown from street performing where, just like clowning, there is no division between the actor and the audience and you can reach out and talk to and touch somebody.” Her husband, Matan, is also a clown with Dream Doctors. “We love clowning around but it’s not a game. It’s a profession, a life. To help people see that there is hope and that they can move beyond their pain, that’s what real laughter is about.” 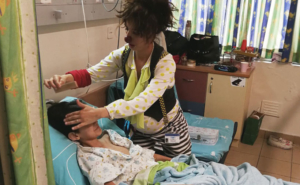 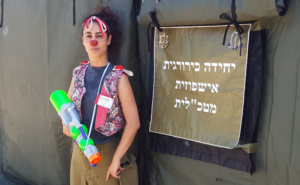