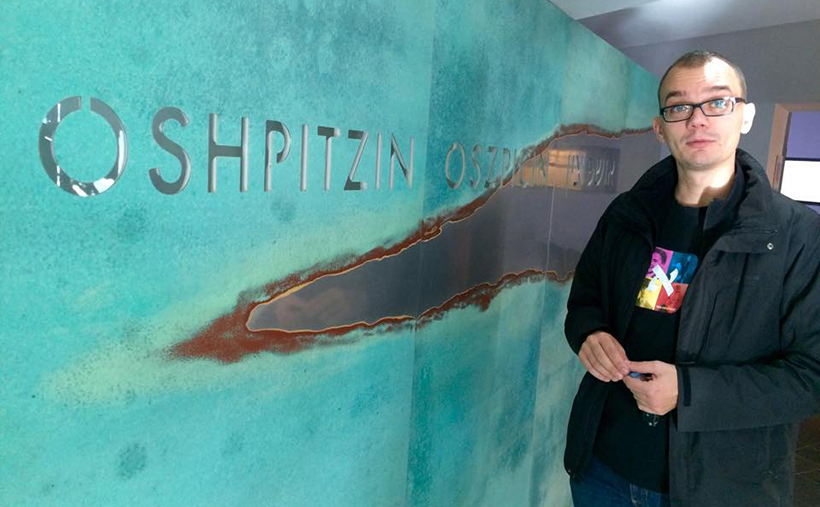 Many Jewish visitors to Poland are surprised when they meet non-Jews dedicated to commemorating and honoring the victims of the Holocaust. For Maciek, the educational director of the Auschwitz Jewish Center, remembering the Shoah is an obligation that reflects his family’s and his country’s history.

“My family were Christian but as a child I heard about how my grandfather had many Jewish friends who were killed. Only one of his friends survived. My family kept in touch with him. My dad also played with kids that were later taken away and murdered. The Holocaust was always there, in the back of my mind. And at university, I started connecting the Shoah with the need for social justice.”

After studying the Holocaust in depth, Maciek went to work at Auschwitz. Few are aware that before the war, Auschwitz as it is known in German – and Oświęcim in Polish – was an ordinary town. Its Jews, who formed 60 percent of the population, called it Oshpitzin. As the Nazis built the camp complex on the town’s outskirts, they murdered nearly all its 8,000 Jews.

“When people think of the word Auschwitz, the idea that a diverse Jewish community lived here is the last thing that would come into their minds. The death camps overshadow everything. But we believe that the Jews of Oświęcim should be remembered. We run a museum, maintain the town’s one synagogue that survived the war, keep up the cemetery.”

Many of the museum’s visitors come just before or after they have gone to the camps. “The museum allows people to explore a real community, to see a microcosm of Polish-Jewish life, and to better understand what was lost. Personal stories help do this. I often tell visitors about a local Jewish couple who ran a liquor factory. In 1939, they visited New York for an exhibition. Their three-year–old daughter stayed with her grandmother. When war broke out, the couple were trapped in New York. The daughter and grandmother were killed. We show video testimony from the mother. It is very moving. We also have a space where groups can share their feelings about what they’ve seen at the camps.”

A key theme of the museum is that the lessons of the Holocaust remain relevant today. “We don’t believe that you can study Auschwitz without addressing human rights. History should give you more knowledge but also affect the way that you behave toward others. We do programs with cadets from West Point and the other US military academies. They study the Holocaust’s implications for their role as future military leaders. We also do courses with policemen from Germany, Poland, and Iceland, looking at police actions in the Holocaust and how contemporary hate crimes need to be stopped before they escalate.”

However, many of the people living in Oświęcim today would like to forget the town’s past. “While the museum often partners with the town, it is true that many residents would prefer not to deal with history at all, whether it’s Polish, Catholic, or Jewish history. They feel that history has only hurt them. The shadow of the camps is very long. In Poland and beyond, there is a strong stigma about living here. For a long time, people didn’t want anything to do with the town. Pregnant women would go somewhere else to give birth, as they didn’t want it recorded that their child was born here. People don’t want to be associated with tragedy; they want to live in a normal town.”

But Maciek believes that the very normality of Oświęcim is a warning sent by history. “Genocide is possible even in a suburb in a very nice town. Oświęcim or Auschwitz is not the end of the world, it’s not the abyss. It’s colorful here. There’s deer, birds, everything. But terrible things can happen in plain sight. This teaches us that we have an obligation to be vigilant.”

This sense of obligation is what drives Maciek. “All of us running the museum are non-Jewish because sadly there are no Jews left in Oświęcim to tell their story. We feel that Jews are an intrinsic part of the local heritage and that their memory must be respected. The dignity of the Jews who lived here demands that.”

“The philosopher Emil Fackenheim said that the 614th commandment was ‘Thou Shall not Give Hitler posthumous victories.’ The aim of the Third Reich was not just to kill the Jews but to send them into oblivion. If the Jews who lived here were forgotten, this would mean that Hitler won and the Holocaust was completely successful. We should not allow this to happen.” 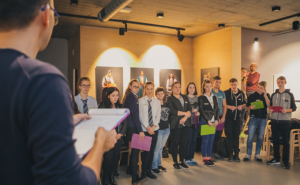 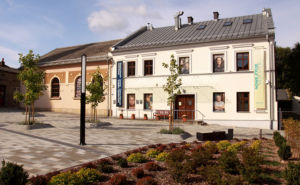