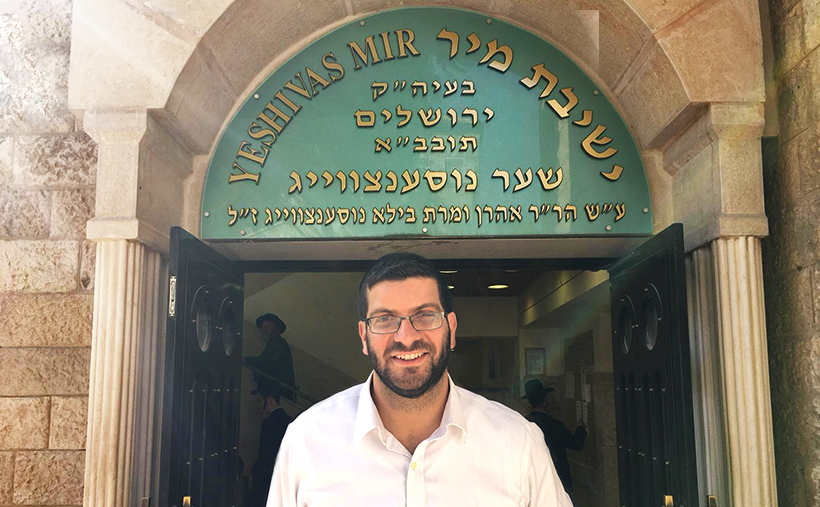 Under the black hat

For many of us, the ultra-Orthodox (or Haredi) neighborhoods of Jerusalem seem like a closed, alien world. Netanel wants to take us inside to see not just the crowded streets of Mea Shearim but also to understand its people. It’s a journey that aims to go beyond the stereotypes and suspicion towards communication and mutual respect. “I see myself as a shaliach, an emissary. I like to bring Haredi and non-Haredi people together not in order to change anyone but so that people can talk and learn.”

Netanel’s commitment to creating connections comes from his background. He grew up in the “only ultra-Orthodox family in Pardes Hannah”, a northern Israeli town built on Zionism and collective agriculture. “I was kind of an outsider in both worlds. My values were Haredi but my culture was from the neighborhood. In Pardes Hannah, I was the “dos” (a slang term for ultra-Orthodox). But in my Haredi schools and yeshivot, I was seen as the modern guy, the one from the Zionist world.”

Living between these two worlds was not always easy but it did present Netanel with some rare experiences. For a brief period, while he was less strictly religiously observant, he worked as a cowboy in the north of Israel. He also taught extreme sports and planned to join an elite rescue team in the Israeli army. But his plans changed after a period of soul-searching during which he realised that “I’m completely Haredi and I want my children to be Haredi.”

“But I had met so many friends on my journey. I wanted to maintain the connections and to build respect between the Haredi and non-Haredi communities. That’s why I created Encounters Outside the Box. Our first idea, of bringing together fifteen Haredi and fifteen secular people to debate and argue about issues, was too formal. We wanted a more authentic encounter, a way for people to know each other.”

“We found what we were looking for through my work teaching about Haredi life to young Israelis preparing to enter the army. We bring these young people, who come from all sorts of backgrounds including secular, Reform and Conservative, together with Haredi families. They spend Shabbat together, they sleep over, they talk. It’s a great experience for both sides. Our ultra-Orthodox hosts see how idealistic and impressive these kids are.”

Netanel also organizes tours and home hospitality experiences in Jerusalem’s ultra-Orthodox enclaves. The dynamics of these tours are fascinating. “American visitors to Mea Shearim are used to minority communities so they’re generally open and interested in what they see. They often want to discuss the role of women in ultra-Orthodox society and are surprised that a community that is economically poor can be so rich in other ways.”

The attitude of Israeli visitors to ultra-Orthodox residents can be more loaded. “They are sometimes angry about Haredim not serving in the army. They don’t always like the expectation that visitors will dress modestly.” On the other hand, some residents of Mea Shearim “fear tourism is part of a wider Government attempt to secularise them, to bring them into the army. Not all want their children exposed to, for example, women wearing trousers.”

So there’s work to be done. “It’s vital. There are one million Haredi people in Israel and the population is growing. They affect daily life, the economy. But there is a lack of real knowledge and communication. The media, for instance, often talk about Haredim rather than with them.”

“What I want people to realise is that if you go beyond the black and white of Haredi life, you’ll find a world of color and value. There is a lot to learn from the ultra-Orthodox but first you have to meet them. The meeting is possible. The meeting is worthwhile.” 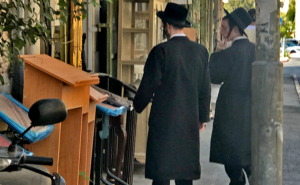 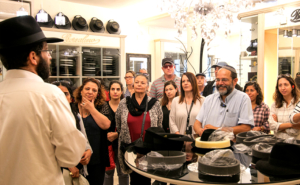