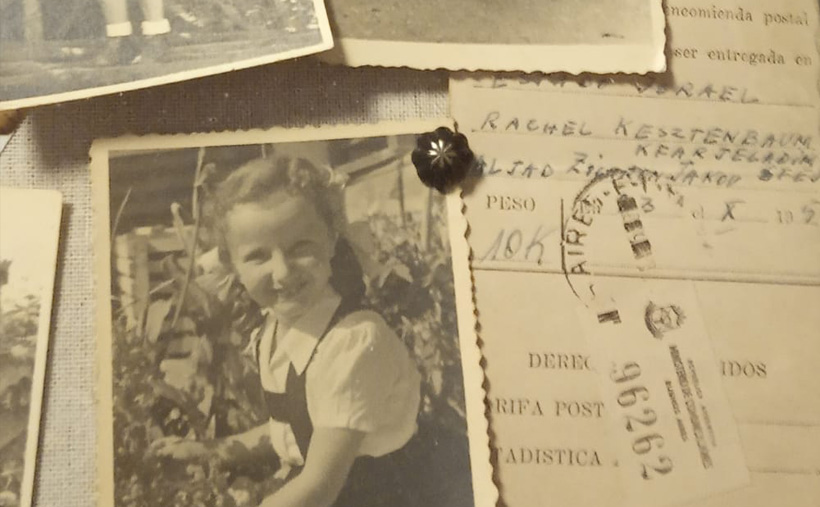 Proud of My Hungarian Heritage!

I was just two years old when the State of Israel was established. My parents, both Hungarian Holocaust survivors, headed to Palestine immediately after the war. In the Kibbutz where I was born and lived for the first few years of my life, I learned very quickly that the only language one should speak was Hebrew. That was the expectation for all new arrivals – how much more so for Holocaust survivors? Hungarian, though, was the only language that Mom and Grandma knew – and that is the language they taught me.

Hungry for Hungary
Despite having survived the worst during the Holocaust, when my mother spoke to me about Hungary, her face would light up. She would share with me Hungarian nursery rhymes and talk to me about food and theaters in Budapest before the war – a life lived and enjoyed like any regular teenager. What she endured at the hands of the Nazis scarred her for life, but she never stopped loving Hungary. And as a result, neither did I.

My desire to connect to my Hungarian heritage was ignited long before my first trip to Hungary. But if someone were to ask me if I would one day be leading an American group on a trip to Hungary, I would never have believed them.

Survivors: Neither Saints Nor Sinners
When you think of Holocaust survivors today, you associate them with frail elderly individuals who visit schools and synagogues to share their stories. They are often gently helped up to the podium as they get up to speak in front of a large audience desperate to hear from the few remaining survivors who are still with us today. But as a child in the 1950s, I was surrounded by Holocaust survivors. And they weren’t pale or weak or skeletal. They were young and vigorous – flawed and fabulous like all humans.

As a student in university, I wanted to write my thesis on Holocaust Literature but there was no existing framework for this kind of research at the time. I fought for the right to write and when they agreed, it became the first such study in the English literature faculty at Haifa University.

Journey That Changed My Life
It wasn’t until I was married with children that I visited Hungary for the first time. My mother would often return to Hungary to visit her two remaining family members, and it was in 1987, shortly before the fall of Communism, that I joined my mother on a trip together with my two young children, and experienced Hungary through my mother’s eyes. We visited the address where she lived, and all her favorite childhood places, and we spent time with her relatives.

That trip left a tremendous impact on me, and Hungary was no longer the stuff of fanciful dreams but became rooted in reality and was represented by clear pictures in my head.

The World in Black and White

What’s more, Hungary was colorful. When you watch movies about the Holocaust or look at pictures, you imagine the entire world was in black-and-white and there was no laughter or color or happiness. My mother brought an envelope filled with her childhood pictures to Palestine with her after the war, and as a child, I loved looking at them.

There was one particular picture with my mother dressed up in a beautiful white gown. She looked so elegant – I could only imagine Queen Esther or Cinderella being dressed like that. Years later, I was talking to my mother about her collection of pictures, and I mentioned this picture where she was dressed in a gorgeous white dress. My mother looked at me confused. “White? Whatever gave you that idea? The dress was pink!” So it was that I started to see Hungary in color – a country filled with vitality and beauty before the Holocaust.

Who Am I?
In the 90s I applied for a job at the Jewish Agency. In the application form I had to fill out, I had to list all the languages that I knew. At that time, there were usually four options: Hebrew, English, French, and other. As I spoke the first three languages, there was a moment of hesitation before I included Hungarian in the “Other” option. That decision changed the course of my life.

In the mid-90s, Human Resources called me up and asked me to go to Hungary to revive Jewish education there since I was the only employee who could speak Hungarian (or at least the only one to admit it). I accepted the task and traveled to Hungary extensively. In fact, my connection to Hungary was so strong that I suggested to the Jewish Agency that we take Israeli educators to Hungary for a Jewish roots trip. At that time, such a concept was unheard of. Diaspora Jews should learn about Israel – we shouldn’t have to learn about them! But I convinced the Agency of the importance of looking beyond our own country and understanding Jews from all over the world.

Not Lambs to the Slaughter
A small group of Israeli educators, and Jeremy Lawton from the UK, joined me on a trip to Hungary, and it was only when we were there that one educator admitted, after having a drink or two at the hotel bar, that he too spoke Hungarian. Hungarian Jews were reluctant to share their Holocaust stories with us since it was too painful to have to answer the standard question all Israelis asked: “Why did you allow yourselves to be lambs to the slaughter? Why didn’t you leave?” But the truth was that during the evil reign of the Nazis, when Hungarian Jews hid in cellars, and flinched in fear as they heard the boots of the Nazis above their heads, the only ones to save them were the soldiers of the Russian Red Army. The Israeli army wasn’t there to save them. Therefore, many Hungarian Jews became Communists, because no matter how ugly Communism was in its later years, it was the Communists who saved the Jews from starvation and death.

Jewish Identity in a Changing World
Today I own a home in Hungary, and I can recite by heart the address of my mother’s childhood home as easily as I can my own. Like many Jews all over the world who navigate their respective multiple identities, I care about Hungarian politics as much as I do about Israeli politics, and while Israel is my home, so is Hungary. Thanks to my mother, I too enjoy Hungarian literature and theater. They are part of who I am. 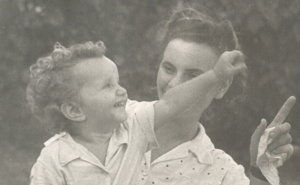 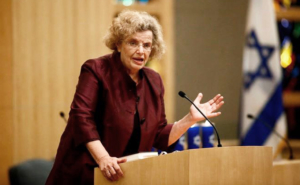