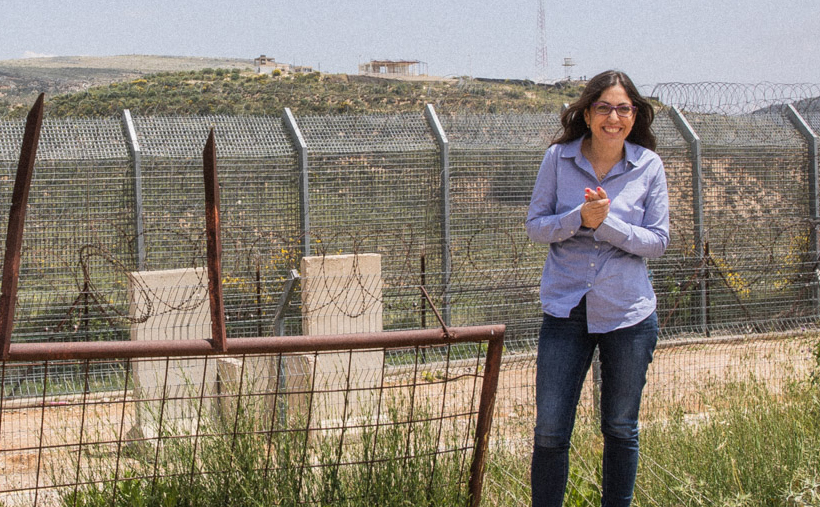 Optimist on a Hostile Border

Sure, Lieutenant Colonel (res.) Sarit Zehavi is a geopolitical expert but even she is amazed by the contrasting situation either side of Israel’s northern border. “When I take groups to the borders, you can see with your own eyes what is happening in Lebanon and Syria. You can understand that what’s going on there – including Iran’s influence, the Sunni-Shia conflict, and the spread of radical Islamic ideology – is the real challenge to Middle Eastern stability and Israel’s security.”

And yet, located close to Hezbollah strongholds in Lebanon and Syria’s civil war are multicultural Israeli communities who, in Sarit’s words, “love to live together. I live in western Galilee next to a Druze village. Our other neighbor is an Israeli Arab town, half Muslim, half Christian. They have, right alongside the local mosque, a pub serving alcohol and a women’s lingerie shop with all the posters. The mosque is decorated for Christmas and every year thousands of people from different communities come together for a Christmas run. You can see women running with Santa hats over their hijabs. When I tell family and friends in Tel Aviv what it’s like here, they don’t believe me. The north could be a model for the whole country, the whole region.”

Sarit’s desire to serve her country but also to understand it led her to a career in military intelligence. “I did my army service and degrees in Middle Eastern studies. Then I saw an advertisement looking for people to rejoin the army and research Israel’s relationships with its neighbors. I thought that’s exactly who I am.”

The responsibilities were immense. “In 2007, I was serving in the Northern Command at a time of great tension. My job was to figure out when, where, and how the next attack by Hezbollah would come. I knew I was defending my children. Every report I wrote was read by the Prime Minister.  Military intelligence requires commitment around the clock. It is something that Israel does at a very high level, by bringing together experts from a wide range of fields.” For Sarit, that commitment meant a lot of time away from her family. “I missed seeing my sons taking their first steps. I would get home from the base when everyone, including my husband, was asleep. It’s a little different now, but at the time it was rare for a woman to reach a senior rank in the IDF. Forty officers were made lieutenant colonels in the reserves at the same time as me. I was the only woman.” 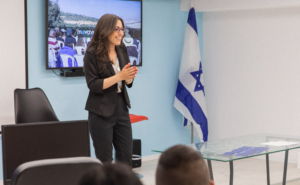 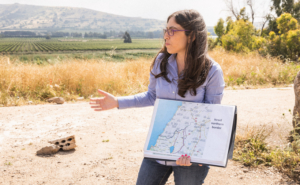 But even when Sarit left the army in 2014, she couldn’t stop thinking about the north. “I had my third child, a daughter called Alma, and then I founded the Alma Research and Education Service. It was a chance to keep doing something meaningful, something for the country. In the army, I would give briefings to visiting senators and the like. I saw that people from overseas often had little understanding of Israel’s northern borders. If they are interested in security issues, it is usually to do with the Israeli-Palestinian conflict. We do high-level research and analysis about the north, making use of Arabic sources, and bring it to English-speakers. Briefings at the borders, including the Golan Heights, give visitors an overview of the situation and of the players in the region. People are often amazed to see how close everything is. I remember a European politician who could not believe that the fence he saw three meters in front of him was the border with Lebanon, a hostile border.”

Sarit also wants people to understand what it is like to be an Israeli decision-maker confronted “with a range of bad options. We do simulation exercises, where everyone in the group has the role of an Israeli cabinet minister or security adviser. They’re in the situation room and provided with information about a security issue in the north. They have to make decisions while assessing the risk of war and collateral damage. I’m often struck by how hawkish overseas groups can be. Israelis tend to be more hesitant and careful. They’ve been exposed to the costs of war and understand that any war is not distant, it will be right here among us. Speaker panels let visitors meet with the north’s most important resource: its human mosaic. Our educators and researchers are part of that mosaic. We’re all from the north, and everyone has a very different story. We’re Jews and Arabs, religious and secular, some from security and army backgrounds, some not.”

For Sarit, the need to provide authentic insights into Israel’s situation can even get in the way of enjoying a good TV show. “Sometimes when I’m at the gym, I‘ll see a series about Israeli military intelligence. I’ll start thinking that the show is not accurate and worrying that American viewers on Netflix are getting the wrong idea. I can’t help myself. Real life is not television.” So is Sarit, a woman who deals in tough choices and complex situations, optimistic or pessimistic about Israel and its security future? “I’m an optimist,” she quickly says. “You have to be to live here.” 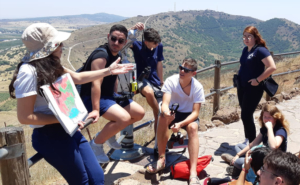 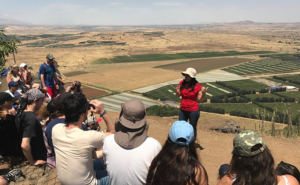