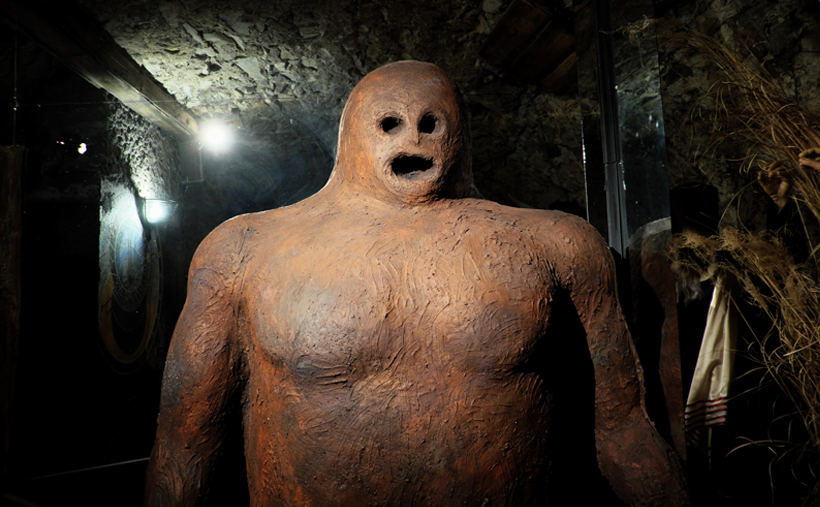 Every Halloween, there’s a debate about Jewish attitudes to monsters, the magical and the macabre. What’s clear is that golems go way back in Jewish sources and folklore. They were usually created out of the earth by rabbis through mystical combinations of the Hebrew alphabet and the names of God. You can find golems in the Talmud, alongside the demons and dybbuks. The sage Rava created a human-like golem that Rabbi Zera destroyed. A hungry group of rabbis magically summoned up a calf every Friday and ate it for their Shabbat meal.

There were esoteric texts and kabbalist instructions on how to create them but golems really started coming alive – as it were – around the 13th century. By this point, golems were so well-known that rabbis considered whether they could be counted as part of a minyan (the answer was no). Golems were mainly men but sometimes women, servants or even concubines to their creators.

But it was European anti-Semitism that really sparked the Jewish belief in and reliance on golems. The most famous is the Golem of Prague, known to his friends as Joseph or Yossele. According to Yossele, “My master was the MAHARAL, Rabbi Judah Loew (c.1526-1609). My job was to save the Jewish people of Prague from pogroms.” Yossele did this successfully but then veered out of control, falling in love with a woman, then running amok when rejected. Others suggest the problem was his lack of brains. Ordered to bring water to the rabbi’s house, the golem brought so many pails that the house flooded. Alternatively, he desecrated the Sabbath. The upshot was that Rabbi Loew removed the shem, the mystical name, from the golem’s mouth. “I literally fell to pieces. I was hidden in the attic in the Altneuschul synagogue and had to wait until I was reactivated. I’m still waiting.”

They still remember the golem in Prague. Indeed, he’s talked about in plenty of places. As Yossele puts it, “Golems are in the movies, we’re superheroes in comics stronger than Captain America. I helped inspire Frankenstein’s monster. But do I see any royalties?” The golem today is mainly entertainment rather than genuine belief. Their role and meaning keeps changing. They’ve become a metaphor for robots and cloning, for anything that humans have created but can’t control.

So, whether or not you’re trick or treating this Halloween, spare a thought for the golem. A lot of people used to believe in golems. Maybe, they will again. 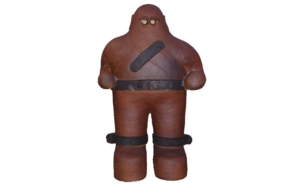