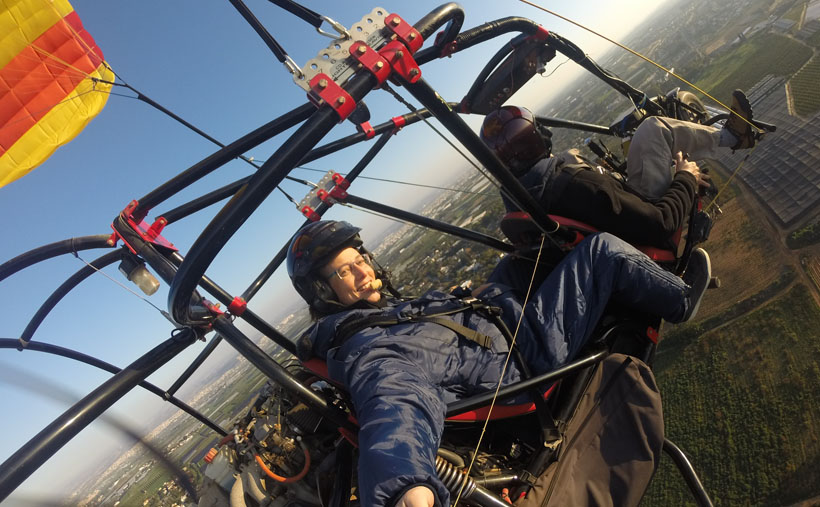 The Height of Chutzpah: Israel & Innovation

Israel turns 71 today. For Viva Sarah Press, journalist and public speaker, it’s a young country, a nation of innovation, with its eyes set on the future. “On Yom Ha’atzmaut, Israel’s Independence Day, I celebrate that we have people here innovating and creating and trying to make tomorrow better. Not everything is perfect, but Israelis have amazing ideas and not-so-good ideas and wild ideas and all these together will hopefully create a better tomorrow.”

With a surname like Press, it was perhaps inevitable that Viva would become a journalist and move to this hotbed of stories and media. “I came to Israel as a young journalist from Canada. It was an adventure. It’s much more exciting to write about Israel than to cover the Canadian salmon fishing wars.”

Viva found her adventure in covering Israel’s culture of creativity, innovation, and high-tech. “The story of Israel is not only the story of politics, diplomacy, and religious sites. It’s also the story of innovation. Even before the state was founded, people here were innovating. But by the late-2000s, Israel had an international reputation as the Innovation Nation, the Start-Up Nation.”

“When I speak to groups, I place the story of Israel as an Innovation Nation in its global context. We’re not the only country that is innovating. But we get headlines because what is coming out of Israel is so much more than you would expect from a tiny country with a small population.” Furthermore, Israeli ingenuity is not just about start-ups. “There is ground-breaking high-tech, but we’re also innovating in education, humanitarian aid, in academics.”

What has created this culture of creativity? “It’s the people and their Chutzpah. During my talks, I love sharing the stories of the individuals behind the innovation. They’re people who know the importance of improvising, of taking a risk. They go in knowing that 96 per cent of start-ups fail but they’re ready to learn from the failures. All around the world, innovation flourishes with diversity and here we have a very diverse population in a very small land. And the ecosystem is amazing. The government, the financial institutions, the people above all, are open to new ideas, to trying new things.”

There’s still plenty of untapped potential. “The statistics for Israeli women in the workplace are not so hot; they’re in the same position as women in the rest of the world. Israeli men on average earn about a third more than women. Only about 30 per cent of the high-tech workforce are women. When I talk to women in tech, they don’t talk about discrimination. Rather, they say that if there were more role models, there would be more women. But still, it’s a great time for women to go into the innovation field. There are positions open for engineers, in computer science, in tech. Women are taking a key role in some areas. They’re the majority in biotech. At least fifty percent of the army’s elite intelligence Unit 8200, which is a breeding ground of start-up founders, are women.”

When’s she’s not telling the story of Israeli creativity, Viva is taking part in it. “When you think of innovation you usually think of technology, but I don’t do algorithms. Instead, I have a side-line in educational clowning. It’s a very new field developed in Israel to bring joy to the school day. There are students who say that ‘this is the worst day of my life; I never want to come back to school.’ And then they meet this blubbering idiot dressed in mismatched clothes with an enormous red nose, and they can smile and understand that maybe school and education can be fun.”

We wish you all a happy and innovative Yom Ha’atzmaut. 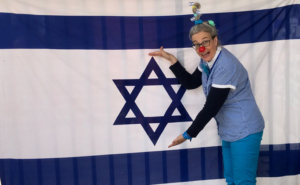 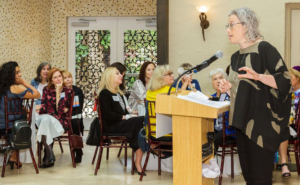