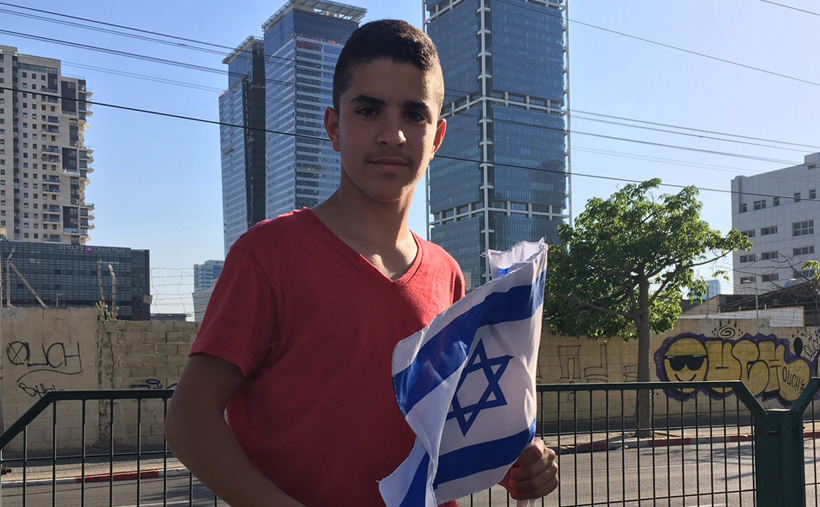 Israel is getting ready for its biggest party: Yom Ha’Atzmaut, Israel’s Independence Day. Around this time, Israeli flags are everywhere – on billboards, balconies, store fronts, busses, and even waving proudly from car windows.

Israelis don’t buy their flags in stores, rather they wait until they reach a red light at a big intersection, where one of the many flag vendors will sell them a flag for no more than 5 Shekels.

Meet Yuval from Ramat Gan. During the day he’s a high school student, but as soon as the school bell sounds, he rides his bike to pick up a package of flags, and spends the rest of the afternoon standing in a junction close to his house.

“I’m trying to make enough money to buy myself a motorcycle.” How many flags would he need to sell? “I haven’t done the math yet, but probably more than I have in this box.”

In the meantime, before Yuval sells enough flags to ride his motorcycle to the nearest beach, he’d like to wish all of Israel a Happy Independence Day!