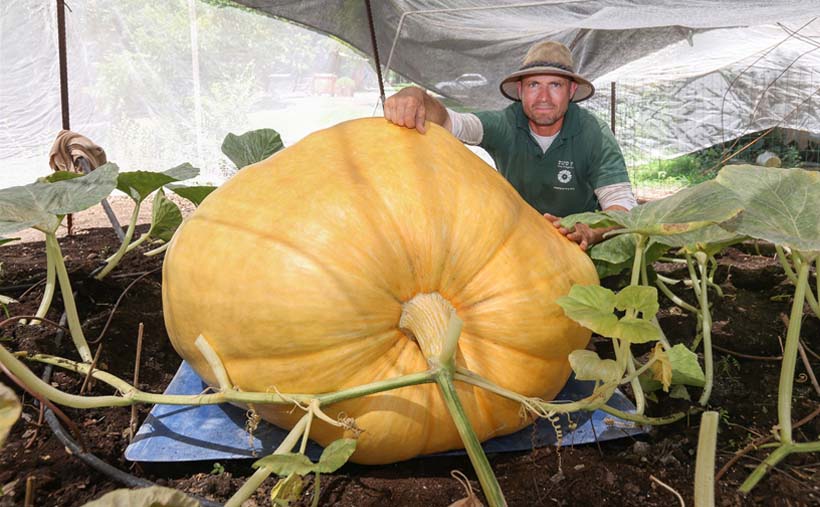 
Ian is Israel’s champion grower of pumpkins. We’re not talking normal-sized pumpkins suitable for a single soup or cake (or for Halloween). We’re talking giant pumpkins. His latest effort weighed in at 367 kilograms (809 pounds) and has been internationally certified as the largest pumpkin in Asia and Israel. It took a forklift to load it for weighing.

Ian’s pumpkin hobby, “an obsession really,” began five years ago. A gardener by profession, he started experimenting in his home patch at Kibbutz Kfar Hanassi. The pumpkin took off, cheered on by the entire kibbutz. When it reached 200 kilograms (441 pounds), he invited the whole kibbutz to a pumpkin party. Everyone took home a massive slab. For weeks afterwards, Ian and his family were receiving gifts of pumpkin soup, pumpkin cake, pumpkin pie. The whole experience was “magical.”

Ian had the bug. However, it’s real bugs and lice, plus Israel’s brutally hot summers, that are his toughest foes. He fights them with the gardening skills he grew up with in the English Midlands, with Israel’s prized agricultural technology, and through a lot of loving labor.

At the height of the growing season, Ian wakes early every morning to check on his “very large baby.” He returns from work around 9am to check on progress. Around 1pm he usually rushes home again, “panicking” about the heat and anxious to do some extra watering. And the real work takes place in the afternoon and evening. The pumpkin can grow 11 kilograms (almost 25 pounds) a day. “You can see it getting bigger before your eyes.”

Ian’s giant pumpkins are a hit in Israel. He’s been on the breakfast shows and television channels. During the rockets and conflict of 2014, he shared his pumpkin with those living near the border with Gaza. Sderot’s Moroccan-origin residents were especially happy to have pumpkin to go with their couscous.

Strange to say but Ian doesn’t like the taste of pumpkin. But he sure can grow them. 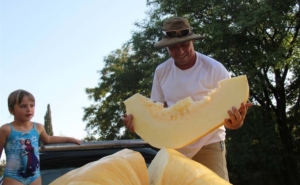 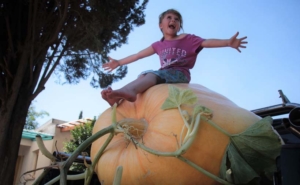