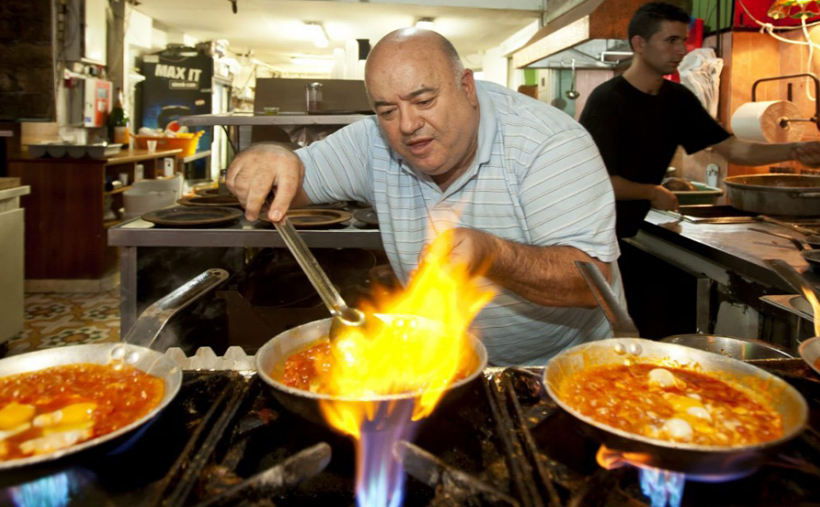 This Labor Day, workers in America will be taking a well-earned rest while contemplating what makes their careers meaningful. But Israeli chef Bino Gabso has already found his answer: satisfaction comes from shakshuka, the dish that took him from the despair of prison to success and celebrity.

Bino is Israel’s “Dr. Shakshuka”. His version of this traditional North African blend of eggs poached in tomato sauce has wowed both hardened criminals and esteemed culinary experts and, for three decades, brought diners to his Dr Shakshuka restaurant in Jaffa.

Bino brings a generous helping of expertise and emotion to every dish he creates. He weeps frequently when he talks of shakshuka. “Cooking shakshuka requires timing, knowing exactly when to put in the ingredients,” he says between the tears. “But more than that, it’s about putting your whole self into the pan. I can tell just from the smell if a dish is not perfect. If it’s not, I begin again. If someone touches the handle of the pan while I’m cooking, I’ll throw the shakshuka out. The shakshuka has to be mine from the start to the finish. It’s the love of my life.”

Work, food and family are woven together for Bino. “I grew up right here, in this restaurant. It was originally my father’s and was called Tripoli after the city in Libya where my parents came from. We made shwarma. I left school at age 10. By 12, I was working fulltime in the restaurant. There were no movies, nothing, just work. I met my wife at age 15. Today, all our children and grandchildren help in the restaurant.”

It’s no exaggeration to say Bino was saved by shakshuka. “Alongside cooking shwarma, my father and I were money-changers. In Israel in the 1980s, it was common but illegal to exchange dollars for shekels. If you got caught, you expected a fine. But I was sent to prison for 15 months. It was outrageous. Prison was terrible. There were fights. I was locked up with rough guys. I was depressed.”

“But I hadn’t forgotten the taste of the shakshuka my father would make for me. In those days, everyone cooked shakshuka in a huge pot. But my father would make it in a small pan, which I would eat out of. There were no large pots in prison, so I would cook individual portions for the inmates in pans. Early every morning, my daughter would, via a prison doctor, send me filfel chuma, the pepper garlic sauce that is the essence of real Libyan shakshuka. And then I would cook all day. Prisoners would eat my shakshuka, hugging it almost. They started calling me Dr. Shakshuka and joking that they’d rather eat my shakshuka in prison than have a juicy steak in the free world. It returned to me my joy.”

Restarting life after prison was not easy. “My father had passed away and we had to close the restaurant. But at my father’s shiva, I told my family about my dream to reopen the restaurant, to make it bigger, and to change the way shakshuka was eaten by serving it in individual pans. They were skeptical. I had no money, only 400 shekels. The restaurant was tiny so I cooked outdoors. Neighbors couldn’t believe I was using pans. They’d call me a misken, an unfortunate. ‘He used to have a proper restaurant and be a money changer’, they’d say. ‘And now he can’t even afford a pot to cook shakshuka in.’”

But the restaurant flourished and grew. In 2013, he was a winner of Royal Chef, a television cooking competition and reality show. French chef Albert Roux started serving Bino’s shakshuka recipe at his Michelin 3-star restaurant in Britain. Bino is now an Israeli celebrity. “I go to the Western Wall and people stop me for a selfie. I get offers to open restaurants overseas but refuse. For it to be my restaurant I need to be in the kitchen, around the customers, seeing them enjoy my food.”

So what’s Bino’s secret to finding love in your labor? “I’m always thinking about shakshuka and I’ve always dreamed big. I’ve just opened a new restaurant in Tel Aviv and am developing a shakshuka sauce to sell internationally. That’s my next dream. My father said my dreams weren’t realistic. I only wish he could see me now and be proud.” And with that, Bino begins to weep again. 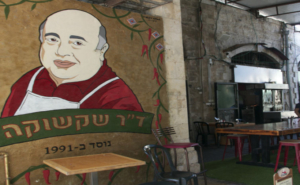 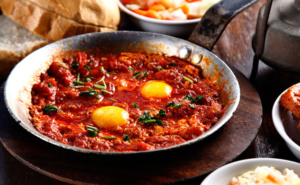