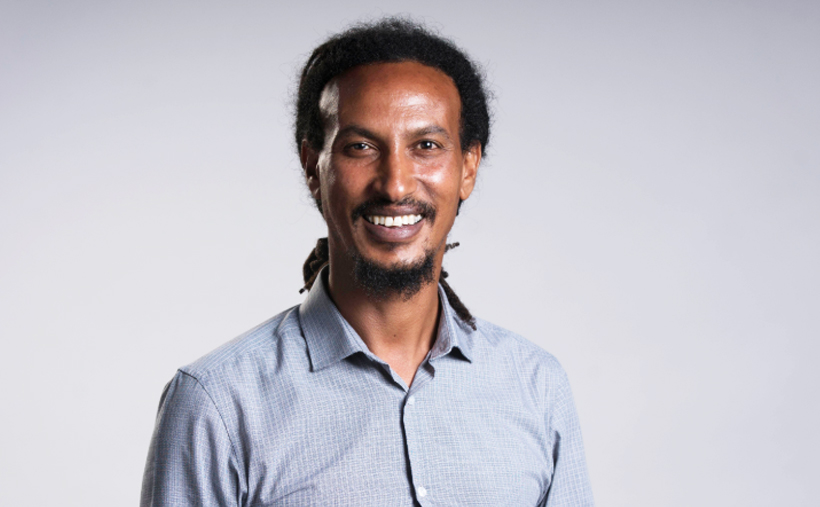 From Ethiopia to Israel: Climbing the Mountain

Yom Kippur is over for another year, right? Well, for Natftali Aklum and Ethiopian Jews in Israel, a holiday is coming up this month which is equally sacred. As Naftali explains, “Sigd comes 50 days after Yom Kippur. In Ethiopia, every Jewish villager would climb to the top of a high mountain. They would prostrate themselves (Sigd means prostrate), fast, and pray for God to bring us back to Jerusalem, to return us to Zion.”

Naftali’s older brother played a heroic part in making the dream a reality. “My brother Ferede, of blessed memory, is called ‘Little Moses’ because he helped start the exodus from Ethiopia,” says Naftali. Ferede was an educator and Zionist activist. From the late 1970s, he secretly brought Ethiopian Jews to Sudanese refugee camps. In cooperation with Mossad agents, they were then smuggled to Israel.

This modern-day exodus was both epic and dangerous – an estimated 4,000 died along the way – but today over 140,000 Ethiopian Jews live in Israel. Naftali and his family were among the first to arrive in 1980. “I’m the youngest of 12 brothers and sisters. We, my father and his four wives came when I was one year old. Things were difficult at first. My father was a judge in Ethiopia, wealthy with houses and land. My parents could not work here; they depended on the government. My brother Ferede was a hero of Ethiopian Jews, a hero of Israel. But he suffered when he saw people from the community going in a bad direction. We lived in neighborhoods in Be’er Sheva that were 90 percent Ethiopian. Most were from lower socio-economic groups. There was violence, drugs, alcohol. Ferede felt responsible.”

Naftali himself only felt truly at home in Israel when he began to embrace his Ethiopian heritage. “Growing up, the culture of Ethiopia was far from me. I thought negatively of Ethiopia. It was a third world place. But ten years ago, I visited Ethiopia and saw a beautiful country and culture. I saw what a strong community I came from. I visited the village in the Tigray district where I was born. Friends of my family told me how much my father was respected as a judge and how much the country misses the Jews. Something happened to me there. I felt more comfortable in being a black Jew, in being from Ethiopia, in being Israeli. If you want to be 100 percent true to yourself, you have to accept all your identities. Only then can you accept yourself.”

He began studying Ethiopian Jewish history and culture. “I worked in the education system and realized that Israelis, including young Ethiopian Jews, know so little about our heritage. That’s why two years ago I created my own company where I lead tours and teach groups about the Ethiopian Jews of Israel. People are often surprised, for instance, to find out that we came to Israel out of pure Zionism, and not because of anti-Semitism, or poverty or war. I talk about the problems we face today in Israel, including racism and police brutality. When you don’t know anything about a person, especially when he’s black, it’s easy to feel negatively. The more people know about us, the more we can build a better society together.”

Naftali’s belief in the power of education comes from his father. “I and many of my siblings went to university because he pushed us. One of my brothers was the first Ethiopian officer in the IDF. And today, so many in the Ethiopian community are using school to try to create a better future for themselves.”

That’s why, with Sigd taking place on November 26-27, Naftali is out talking and teaching. “As the holiday gets near, people want to know more about Ethiopian Jews.” Ethiopian cultural festivals are taking place. Also generating interest is The Red Sea Diving Resort, the recent Netflix movie about the Ethiopian exodus with Michael K. Williams playing a character based on Ferede. However, Naftali is not a fan. “The film is not so accurate, and the focus is on Mossad, not Ethiopian Jews.” 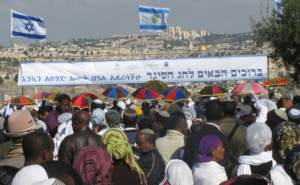