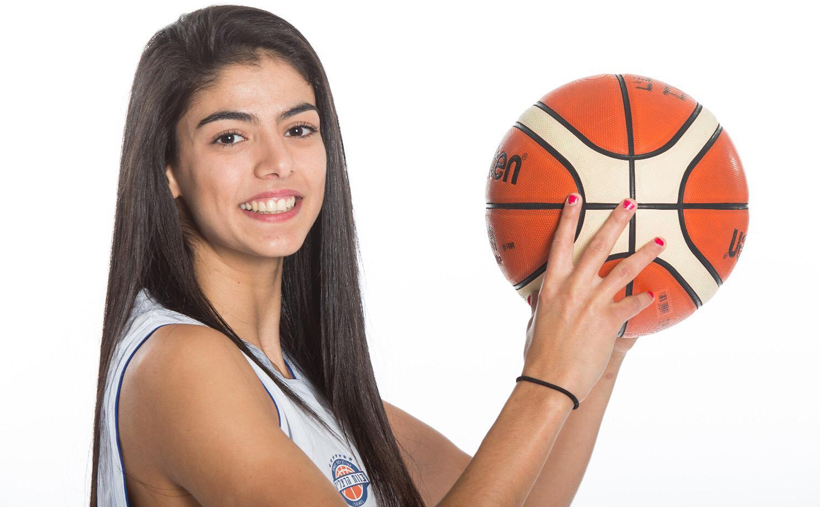 A Jump Shot Across the Northern Border

Okay, sports fans, here’s a question for you. Where was Israeli pro basketballer Mariam Hannoun born? Two points for anyone who said the village of Debel in war-torn South Lebanon.

“My dad was an officer in the South Lebanon Army,” Mariam explains. From 1985, this mainly Christian force was Israel’s main Lebanese ally in the fight against Hezbollah. When the IDF withdrew from South Lebanon in 2000, Hezbollah took control. “They wanted to kick us out of the country or kill us. Israeli opened the border to us because we had helped them. We had no choice but Israel.”

Despite the turmoil, Mariam describes the Lebanese Christian community in Israel as “happy people, full of good vibes, warm and welcoming. My family left Lebanon when I five but I can still remember our house, our church, the school in our village. We came to Nahariya, close to Israel’s border with Lebanon, where about 3000 Christian Lebanese settled. Of course, there were difficulties when we arrived. My father couldn’t use his Lebanese electrical engineering qualifications and had to work part-time, do any work he could find, to keep us going. Sunday is a workday here so our Maronite Catholic church meets every Saturday.“

The Lebanese Christian community is a little-known part of the diversity of Israel. “People are always trying to figure out where I come from. I went to a Jewish state school and have mainly Jewish friends and at first everyone would say, ‘you’re Arab, you’re Arab.’ Today, lots of people guess I’m Moroccan Jewish,” she laughs. “I am firstly Lebanese, that’s where my background, my mentality, my culture is from. And I’m also Israeli. This country is where I developed my personality. I’m mixed. I take good things from both cultures.”

One of the great things for Mariam about Israel was the chance to play basketball. “My brothers would often say to mom ‘we’re going to play basketball.’ One day, when I was nine, I followed them down to the court. Over time, I started to play against the boys and was told that I was talented. At age 14, I was selected for the Israeli under-16 team. It was very tough for my parents that I played basketball. It was against the culture for girls to play sports. It took about five years until Dad started coming to support me.”

Basketball has taken Mariam to the US where she played in the NCAA and completed a degree in international business. It has given her the pride of playing for Israel. “When Hatikvah is played, I get goosebumps. I feel that I’m representing both Israel and Lebanon.” And hoops have provided Mariam with the chance to play professionally. “I play for Ramat Hasharon in Israel’s top league. The season starts Monday and we’re working hard to be ready with daily practices and weight sessions. We’re aiming for the top four and more this year.”

Women’s sport in Israel still faces many obstacles. “We’re trying to get the league to grow but right now there’s not enough money coming to the players, not enough fans in the stands. We just don’t get the media exposure like the guys. People underestimate us. In terms of respect for women’s basketball, we’re way behind America, where everything is bigger. I’d also love to play in Spain which has an amazing league, and in Russia and Turkey.”

Nonetheless, Mariam can’t wait for the season to start. “There is so much I love about basketball. I like ‘thinking the game,’ analyzing what’s happening out on the court. I love the happiness and hype of a big match, being with my teammates. In my head, I always have the sentence, ‘You only live once.’ I’m 25. When I’m 30-something, I won’t be able to play pro basketball, but right now I’m trying to enjoy every moment.” 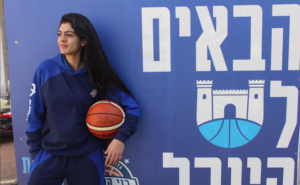 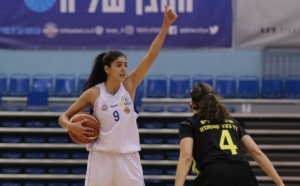