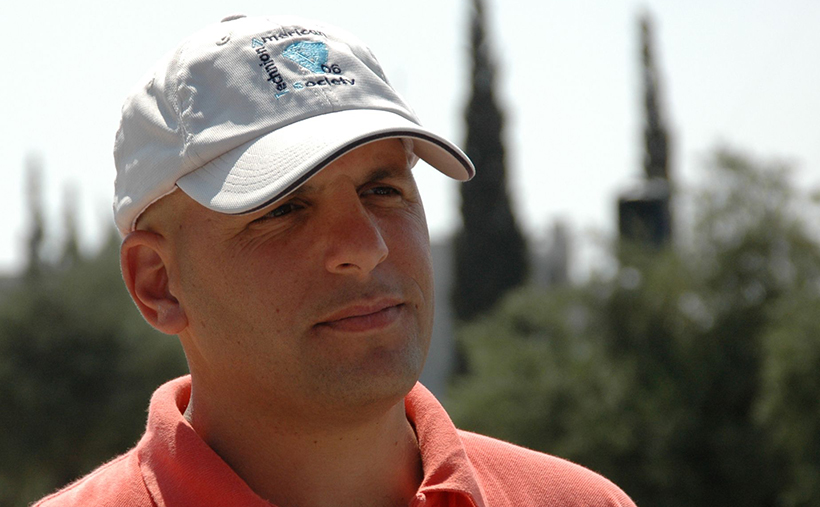 When trips to Poland weren’t a “thing”

Today is International Holocaust Remembrance Day. In commemoration of the day, we spoke to our in-house educator, Gilad Peled, about what Poland means to him as an Israeli and a Jewish educator.

Leaving Israel for the first time
The first country that I laid eyes on outside of Israel was Poland. It was 1987, I was in 11th grade, and the youth movement I was active in, Hashomer Hatzair, selected just a few of us from our school to participate in a trip to Poland. We were joined by teenagers from Israel and all over the world. Today it is extremely common for teenagers to visit Poland but the 1980s was a different era. Trips to Poland weren’t a “thing” back then. Holocaust education was limited and there was no social media. As a teenager, it was extremely exciting to meet kids from different places. But the experience was so much more than just the novelty and thrill of being in a new country with new people. It was the one of the most meaningful, life-changing, and eye-opening journeys of my life.

Coming home to Poland
My grandparents and great-grandparents were from Poland, Germany, and Budapest, so I obviously had family roots in Europe, but my parents lived most of their lives in Israel. I did not grow up with my grandparents present in my life and only heard stories from my grandmother about her experience in the Holocaust many years after my first trip to Poland. Yet at seventeen years old, during my first time in Poland, I instantly felt at home. There was no rational explanation for my deep feeling of connection but everything about the country – a sense of familiarity in the smell of the air and the countryside – spoke to me in a deep and meaningful way. I returned to Israel inspired on many levels. It was this trip that planted inside me the desire to become a Jewish educator and guide. I knew this wouldn’t be my last trip to Poland. I also came back to Israel eager to take on the role as our family’s genealogist, digging up family records, documents, and pictures.

Never again
Since trips to Poland were uncommon, those of us from Israel who participated went around other Kibbutzim to share with Israeli youth what we saw and witnessed. I would talk about the importance of internalizing the message “never again,” which means different things to different people. To me, “never again” is our responsibility as Jews to ensure that no human being, regardless of race, religion, or background, should ever have to suffer persecution like we did. That determination influenced how I related to the world from that moment on. The next time I visited Poland was in 2000 when I was asked to join a March of the Living group. Following that trip, I returned as a guide leading Jewish groups from Israel, the US, and Australia.

A different perspective
There is a natural and understandable tendency to associate Poland with bleakness and destruction – but I prefer to focus on resilience and life. The devastating brutality inflicted on the Jews during the six years of the Holocaust needs to be remembered, absorbed, and imprinted in our psyche. But just as important as mourning the horrors we suffered in those six years is to celebrate the colorful vitality of life in Poland in one thousand years leading up to the Holocaust, and Jews’ immense contribution to creativity, innovation, and culture.

It’s also powerful to consider the inspirational way in which Jews during the Holocaust endured, reacted, and coped with the cards they were dealt with. When you visit the sites of destruction where Jews were killed in the fields, you think about blackness and death. But you also see the breath-taking greenery all around you and remember that these fields were once the places of vivid beautiful childhood memories and magical moments. It is the impossible decisions Jews had to face during the Holocaust that can inspire us in our own lives when we are facing personal dilemmas.